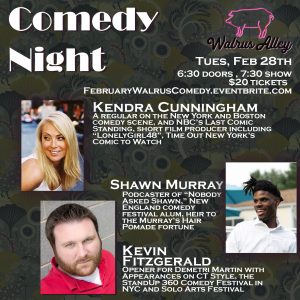 Join us for a night of comedy, when we open our doors to guests with a few laughs, an extensive beer list, and amazing eats from the Walrus kitchen. As we are typically closed on Tuesdays, this special event requires tickets to attend.

Sorry, the comment form is closed at this time.