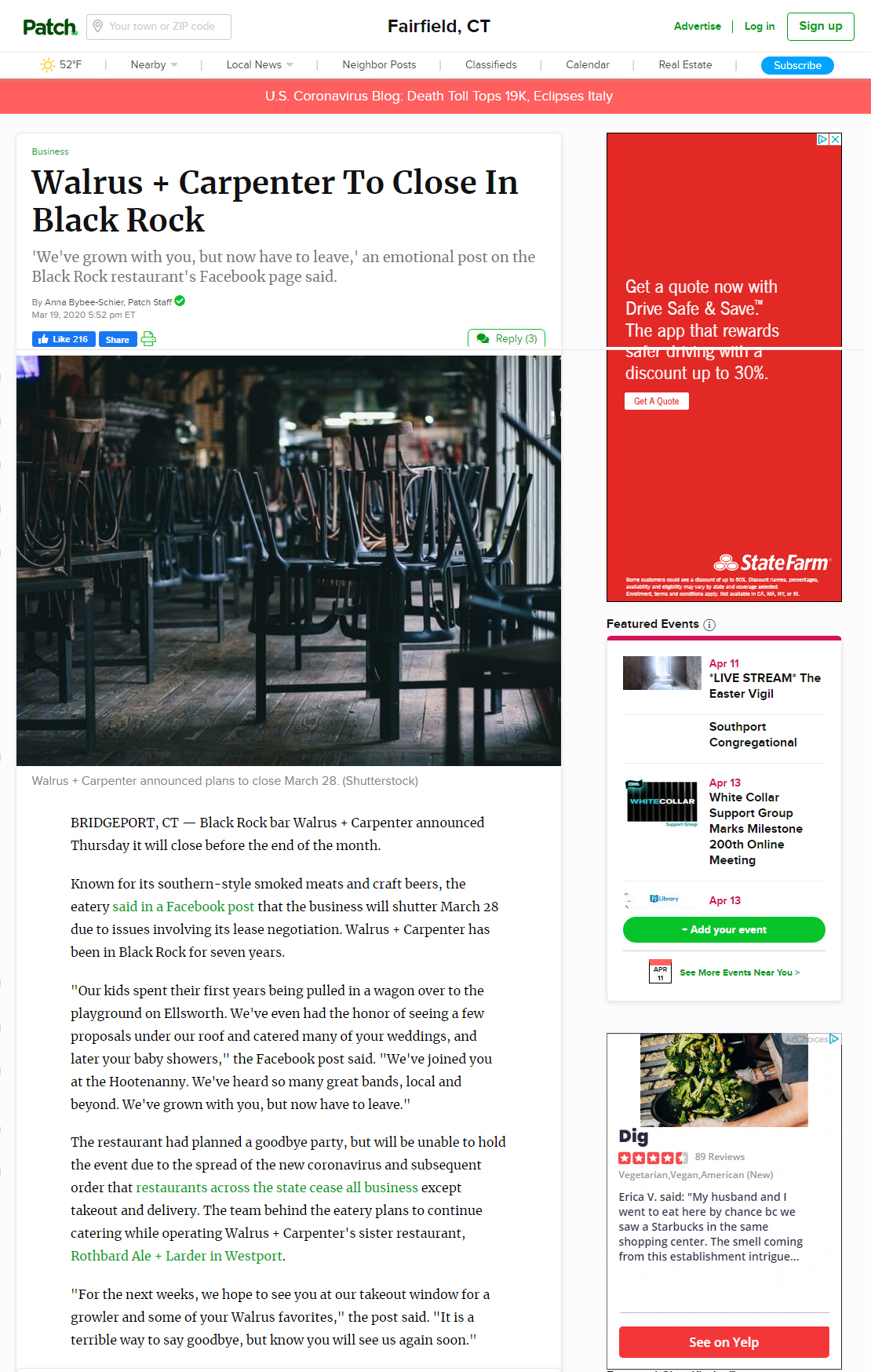 BRIDGEPORT, CT — Black Rock bar Walrus + Carpenter announced Thursday it will close before the end of the month.

Known for its southern-style smoked meats and craft beers, the eatery said in a Facebook post that the business will shutter March 28 due to issues involving its lease negotiation. Walrus + Carpenter has been in Black Rock for seven years.

“Our kids spent their first years being pulled in a wagon over to the playground on Ellsworth. We’ve even had the honor of seeing a few proposals under our roof and catered many of your weddings, and later your baby showers,” the Facebook post said. “We’ve joined you at the Hootenanny. We’ve heard so many great bands, local and beyond. We’ve grown with you, but now have to leave.”

The restaurant had planned a goodbye party, but will be unable to hold the event due to the spread of the new coronavirus and subsequent order that restaurants across the state cease all business except takeout and delivery. The team behind the eatery plans to continue catering while operating Walrus + Carpenter’s sister restaurant, Rothbard Ale + Larder in Westport.

“For the next weeks, we hope to see you at our takeout window for a growler and some of your Walrus favorites,” the post said. “It is a terrible way to say goodbye, but know you will see us again soon.”