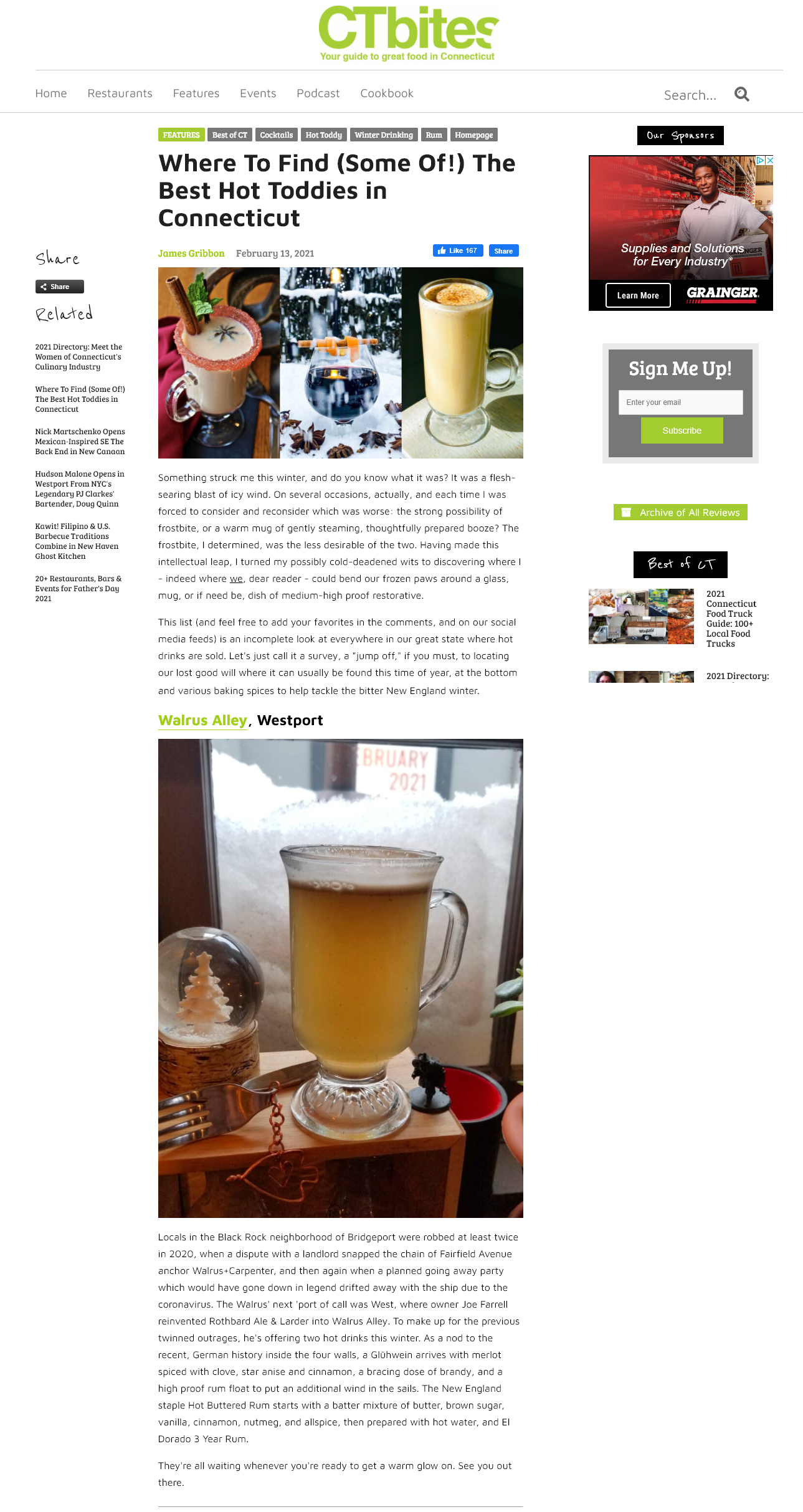 “Locals in the Black Rock neighborhood of Bridgeport were robbed at least twice in 2020, when a dispute with a landlord snapped the chain of Fairfield Avenue anchor Walrus+Carpenter, and then again when a planned going away party which would have gone down in legend drifted away with the ship due to the coronavirus. The Walrus’ next ‘port of call was West, where owner Joe Farrell reinvented Rothbard Ale & Larder into Walrus Alley. To make up for the previous twinned outrages, he’s offering two hot drinks this winter. As a nod to the recent, German history inside the four walls, a Glühwein arrives with merlot spiced with clove, star anise and cinnamon, a bracing dose of brandy, and a high proof rum float to put an additional wind in the sails. The New England staple Hot Buttered Rum starts with a batter mixture of butter, brown sugar, vanilla, cinnamon, nutmeg, and allspice, then prepared with hot water, and El Dorado 3 Year Rum.

They’re all waiting whenever you’re ready to get a warm glow on. See you out there.”

"Not to be overlooked...

"This lovely gastropub and...